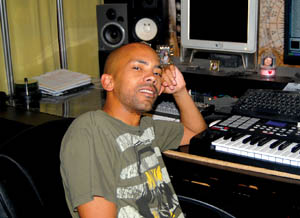 Speak Your Mind
By Devin Hansrote
This article was published on 07.07.11.

Dialect HD, member of the hip-hop group Element, had dreams of being an airline pilot long before he came onto the music scene. Although the artist was born in Detroit, Reno has been his home since he was 8 years old, and it is also where his dreams of flying planes became dreams of creating music.

“Once I started breakdancing, and DJing, and dabbling in street art, it was a natural progression towards [hip-hop],” says the 33-year-old artist.

On Sunday, July 17, at Wingfield Park and West Street Plaza, the third annual hip-hop art festival will be heard across the city and down the Truckee River from 2 p.m. til 10 p.m. Featuring over 50 live performances, which include artists, dancers and DJs, along with a Vendor Village, the event is sure to spread hip-hop culture to old fans and newcomers alike, free of charge.

“It’s a way to bring in first-time hip-hop fans and show-off the local scene.” says Hubbard.

Another local performer and host of the festival is seasoned hip-hop artist Mecca, who has more than 20 years experience in music and witnessed firsthand the burgeoning scene in Reno.

“It’s very diverse,” says Mecca. “We got all types of music—from rock and metal bands, to hip-hop, and everything in between. We got poetry, we got art, we got everything, and this is our town. … This city will be saved by the art alone—I guarantee it.”

Having performed in almost every Reno venue, alongside countless hip-hop artists, Mecca sees limitless potential in our city’s music scene. “At this point in time, hip-hop is flourishing in Reno,” he says. “It’s like one big juicy plum just waiting to be bitten into.”

With artists like Mecca and Dialect HD performing, Speak Your Mind remains true to its intention to raise positive community awareness and personal knowledge.

“It’s all positive music,” explains Hubbard. “There’s no swearing on stage, no songs discriminating women, or talking about gang violence. It’s a choice of the artist and the vibe that everybody brings.”

Furthermore, the event will raise money for the Holland Project—promoting art, music, and culture.

Last year’s eight-hour event was extremely successful, and Hubbard believes this year can only be better. The free event serves as a chance for local artists to give back to the community and showcase the growing unity among Reno’s hip-hop performers.

“Speak Your Mind is different from everything else because it’s about the community and the music coming together as one,” says Mecca. “It’s a chance for all of us to come together and make one big noise.”

Dialect HD works on a new track in his home studio.
PHOTO BY AMY BECK